Everything you need to know about Pigmentation！！！！

Did you know that the tan you received when you were out in the sun for too long is NOT a "healthy glow”? It's actually your body protecting itself, it's in fact

damaged skin. I'll say it again..the tan you received whilst you were in the sun is actually your body protecting itself. Your tan is a sign of damage that has occurred due to excessive exposure to UV light. When you're young, this tan can be mistaken as a“summer glow" however as you age the slow forming side effects of this“summer glow" begin to show their true colors..literally! That's why most of ourclients undergoing pigmentation treatments are usually aged from about 28 and upwards.

In this blog, I'm going to explain what is pigmentation, I'm going to talk about the different types of pigmentation as well as their triggers, how to prevent pigmentation from forming and some treatment options including some really important ingredients that are going to help reduce its appearance.

To begin with...What is Pigmentation?

Pigmentation is a darkening of the skin. This occurs when our melanocytes over

produce pigment in order to protect itself from factors such as trauma,

hormones and the environment. While there are many different types

of pigmentation the most common conditions fall under three categories:

3. Junctional (Combination of both)

Epidermal pigmentation is pigment that sits very close to the surface of the skin and is mostly caused by environmental factors such as UV exposure and can also be genetics. 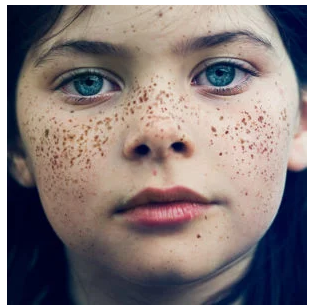 Freckles, age and sunspots are all forms of epidermal pigmentation and are usually the easiest type of pigment to treat. They have a well-defined border and are usually brown to dark brown in colour. They are found mostly in lighter skin types, however it's not uncommon for darker skins to show signs of freckles if exposed to excessive amounts of sunlight.

Dermal pigment such as Melasma/chloasma sit in the deeper layers of the skin which makes it more difficult to treat. Melasma is a condition in which brown patches appear on the face that can either last for years or be there permanently. Melasma may be a result of hormonal changes during pregnancy, genetics and/or sun exposure and is more likely to occur in women howevermen can also develop this condition.

The muddy brown or grey-brown patches of melasma almost look like paint splatter and appear most often on the cheeks, forehead, nose and chin. In women, Melasma often fades on its own after pregnancy or after an affected woman stops taking the contraceptive pill, however it can always re-surface if not managed properly. It's important to understand your triggers and what causes your pigmentation as this can differ for everyone. Junctional pigmentation such as poikiloderma of civatte affects mainly middle-aged women and is seen on sun-exposed areas such as the sides of the neck,centre of the chest and peripheral areas of the face. It's a combination of both Epidermal and Dermal pigment and its main triggers are sun exposure,hormones, perfumes and cosmetics. 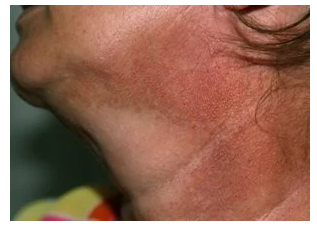